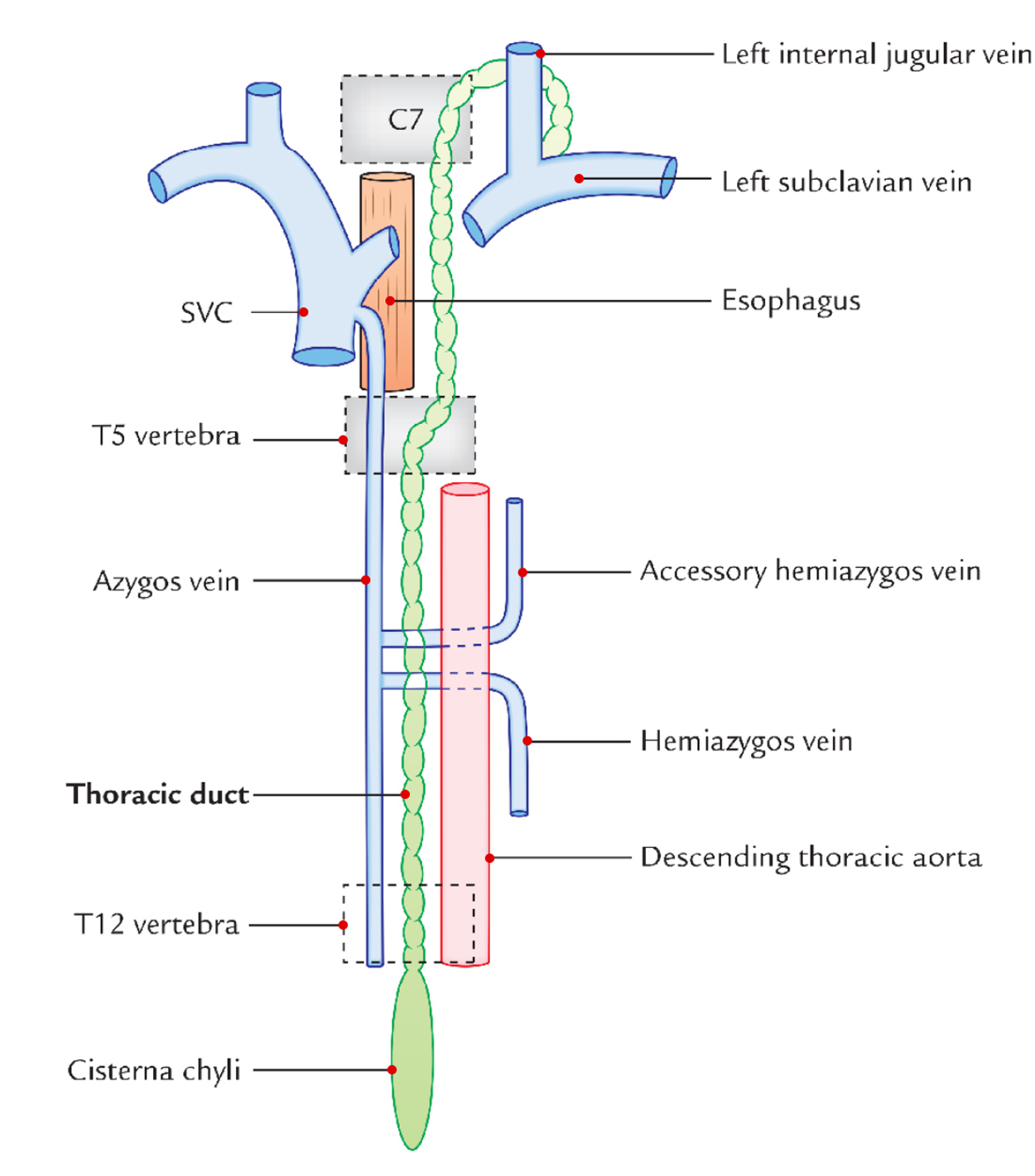 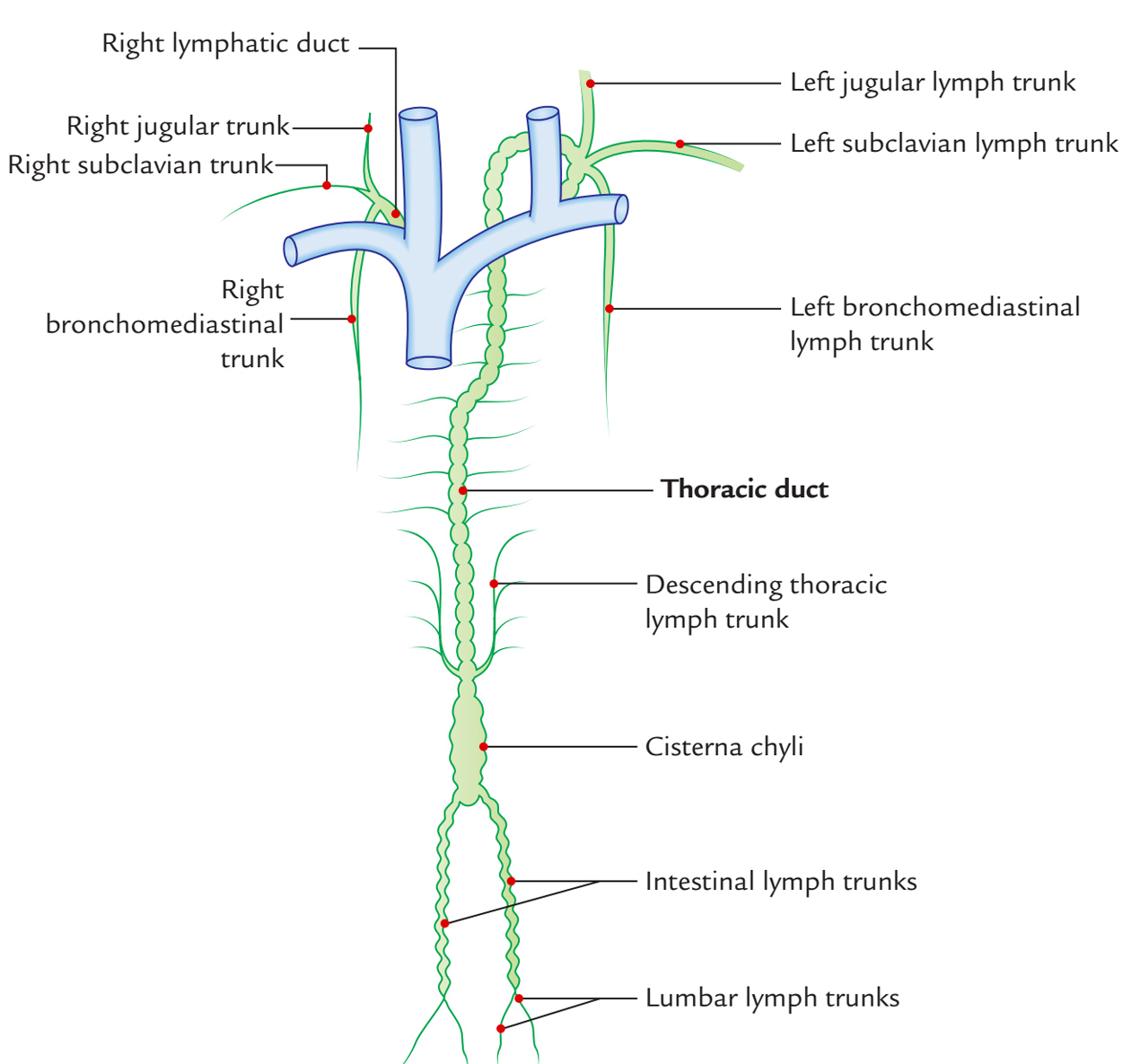 consuela_salon  This was the picture that I liked the most for this question. If you imagine that the injury is at the level of the left subclavian vein (LSV) and thoracic duct (TD) crossing each other, maybe it will help you realize that the left breast & left upper extremity bypass the injury. The right lung is drained by the right lymphatic duct, not the TD (see one of the links bellow). And the heart is where eventually all the drainage is going to end up to be pumped again (TD -> LSV -> SVC -> heart). +14
mbourne  To keep it simple, the Thoracic Duct drains lymph from the entire body EXCEPT for 3 structures: Right Upper Extremity Right Thoracic Cavity Right Side of Head and Neck These 3 areas are drained by the Right Lymphatic Duct which enters the Right Internal Jugular Vein +8 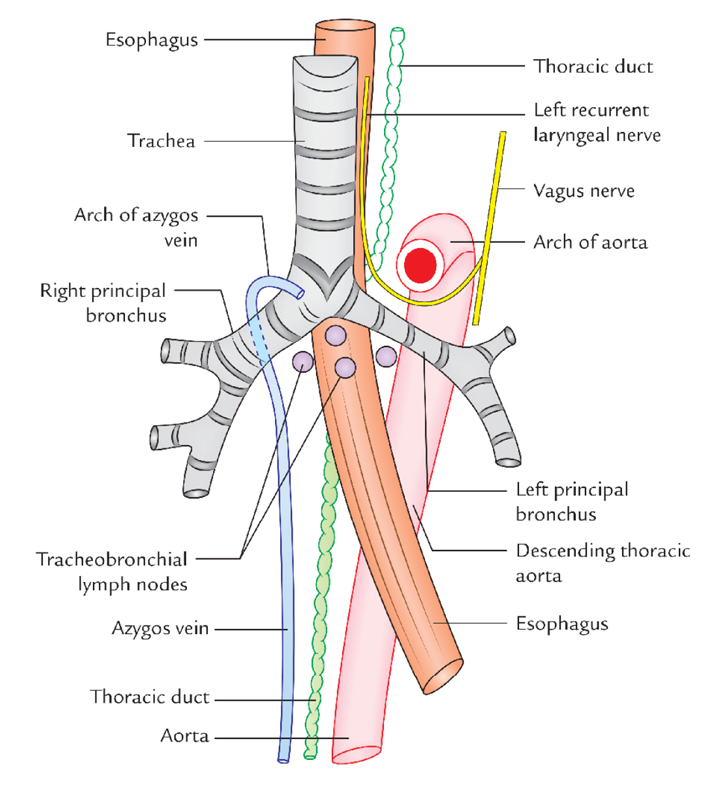 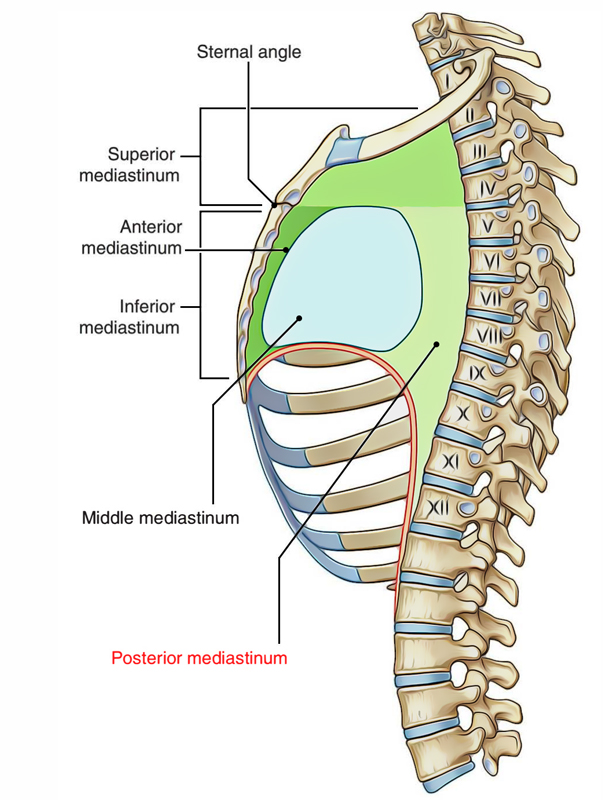 masonkingcobra  Robbin's: The basic mechanisms of fibrosis are the same as those of scar formation during tissue repair. However, tissue repair typically occurs after a short-lived injurious stimulus and follows an orderly sequence of steps, whereas fibrosis is induced by persistent injurious stimuli such as infections, immunologic reactions, and other types of tissue injury. The fibrosis seen in chronic diseases such as pulmonary fibrosis is often responsible for organ dysfunction and even organ failure. +4
stevenorange  What Differentiates Normal Lung Repair and Fibrosis? Basement membrane ! https://www.ncbi.nlm.nih.gov/pmc/articles/PMC2645241/ +
step1234  I'm a little confused here since FA20 209 states Klebsiella causes liquefactive necrosis in the lungs. Does the pulmonary fibrosis occur after the necrosis? +
fatboyslim  @step1234 Yes pulmonary fibrosis occurs after liquefactive necrosis as a means of repair. Think of it as liquefactive necrosis = damage done in response to Klebsiella -> 6 months later you will see focal fibrosis in that area (scar formation) where the damage happened. +1